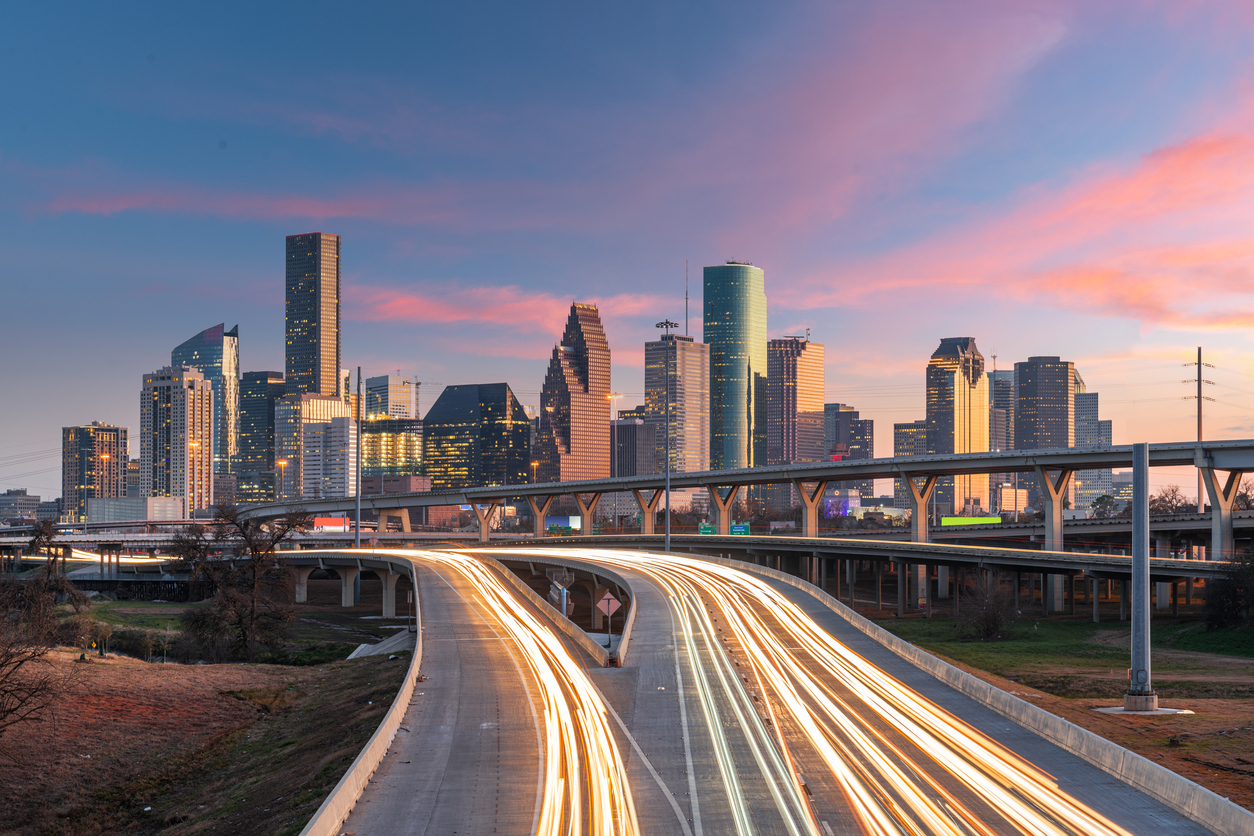 A multicultural city with rich Texan culture and traditions- that's Houston for you! This is Part 2 of our Houston City Guide.

Part 1 of our City Guide to Houston dove deep into its rental market, cost of living, and living locations.

Down below are the topics we'll be discussing today.

On the bright side, Houston did see tremendous job market growth!

According to the U.S. Bureau of Labor Statistics, total non-farm jobs increased by 136,400 in the area. Although the job market isn't booming, they’re still creating job opportunities in Houston.

The job market in Houston has a primary focus on the following supersectors.

Houston is also home to many different companies. Some top employers in the area go as follows.

These companies are just the biggest within the Houston area. If you don’t work in the previously mentioned sectors, don’t sweat it!

The first words heard from the moon were “Houston, we have a problem.”

Well, Houston doesn’t currently have an impending problem, but this phrase did popularize the city’s name. From there, its culture and diversity only improved!

Houston has been on the up and up, attracting more residents every year. It exudes a cosmopolitan and down-to-earth atmosphere, which everyone likes.

Its arts scene is also commendable. They're one of the few U.S. cities to have professional theater, opera, symphony, and ballet companies.

If history is a little bit more up your alley, Houston’s Museum District is the fourth-largest in the U.S. You can find 19 different museums within a few blocks from one another.

Its multiculturalism has no bounds, translating to an overall culturally rich locale. You can find cuisine, art, and attractions from all over the world! So, even if you’re a ways away from home, you can still find a piece of it in Houston!

Let’s go over other qualities the Houston’ culture has to offer.

Houston has a variety of activities to do for families, friends, colleagues, or on your own.

No matter what your age or interests are, there's something for everyone!

Let’s go over some hidden gems in Houston you may not know about.

It may come as a surprise to many, but this city is heavily urbanized. As such, improvements can be made in Houston’s Green Spaces department.

According to The Trust For Public Land, Houston’s park system ranks #77 out of 100 on their ParkScore ranking.

In 2021, they recorded that 61% of residents lived within a 10-minute walk to a park. Why is this a big deal, you may ask? Other metro areas like Washington DC and New York have 98% of residents living near a green area. It's important to provide access to green spaces to improve the quality of everyone's life.

Now, not all is lost because of this news. Houston is making great strides to develop its green spaces. They currently have 66,600 acres of parkland, amounting to 580 parks.

One of the most popular parks, Buffalo Bayou Park, is right in the middle of the hustle and bustle of the city. Think the Houston version of Central Park. It covers 160 acres of west downtown and is currently undergoing a 4-mile expansion east of downtown.

The climate in Houston is pretty straightforward. The city experiences very hot and humid summers but mild winters.

August is their hottest month of the year, the typical day averaging at 95F. January is the coldest month, bringing temperatures at around 43F.

The city’s wet season (May to October) is prone to flooding. Meanwhile, during the Atlantic hurricane season, Houston will sometimes experience tropical cyclones.

Are you wondering whether you’ll get snow in the city? Well, records show that since 1881, it has only snowed 94 times in Houston. Perfect for those who don’t like the winter!

The truth is that Houston’s transportation system isn’t very large-scale. However, it still offers many alternatives to get around town.

Let’s go further into depth on the transportation in Houston.

METRO also offers many types of bus services throughout Houston. Their bus system offers 1,236 fleets that run on most city streets. Local service also stops at almost every corner along a bus route!

This is the biggest international airport in the Greater Houston area. Located north of downtown Houston, it’s the second busiest airport in Texas. This airport is also the largest hub for United Airlines.

This international airport is located 7 miles from downtown Houston. It’s a secondary airport, next to Bush Intercontinental. It focuses on domestic airline services, cargo transportation, and private aviation.

The Sunset Limited is an intercity passenger train. It travels from Los Angeles to New Orleans. Thrice weekly, it’ll stop at the Houston train station, located north of downtown Houston.

If you’re a regular commuter, the Houston TranStar will save you tons of time. It’s a great alternative to beat traffic congestion throughout Houston.

Fun fact, the city of Houston implemented a flat taxi fare of $6 for any cab trip in the downtown area. If you ride anywhere around the Central Business District (between I-45, I-10, and U.S. 59) you’ll pay $6. Multiple riders can also ride in a single taxi for that fare price!

Let’s go over a summary of the pros and cons of living in Houston.

Here’s a list of the pros of living in Houston.

Let’s go over the cons of living in Houston.

Congrats on getting to the end of our Houston City Guide! Let's condense what we spoke about in this article.

Houston is a hub for culture and diversity. This also reflects in their culinary scene as they have over 10,000 restaurants to pick from. You can find over 15 museums in the Museum District or practice outdoor yoga in the Buffalo Bayou Park. Sports also thrive in the city! You can find the BBVA Compass Stadium, Minute Maid Park, and the Toyota Center downtown. Use the METRO Transit system to get around town. Do you have to travel farther? William P. Hobby Airport and George Bush Intercontinental Airport are also close by.

Even though Houston has some pretty cost-effective rent, it never hurts to save. You can earn cashback on rent if you sign a lease with us! We also partner up with you throughout the rental search process. That way, you can find your perfect home.

What cultural fact about Houston was the most interesting in your opinion? Mention it down below in the comments!