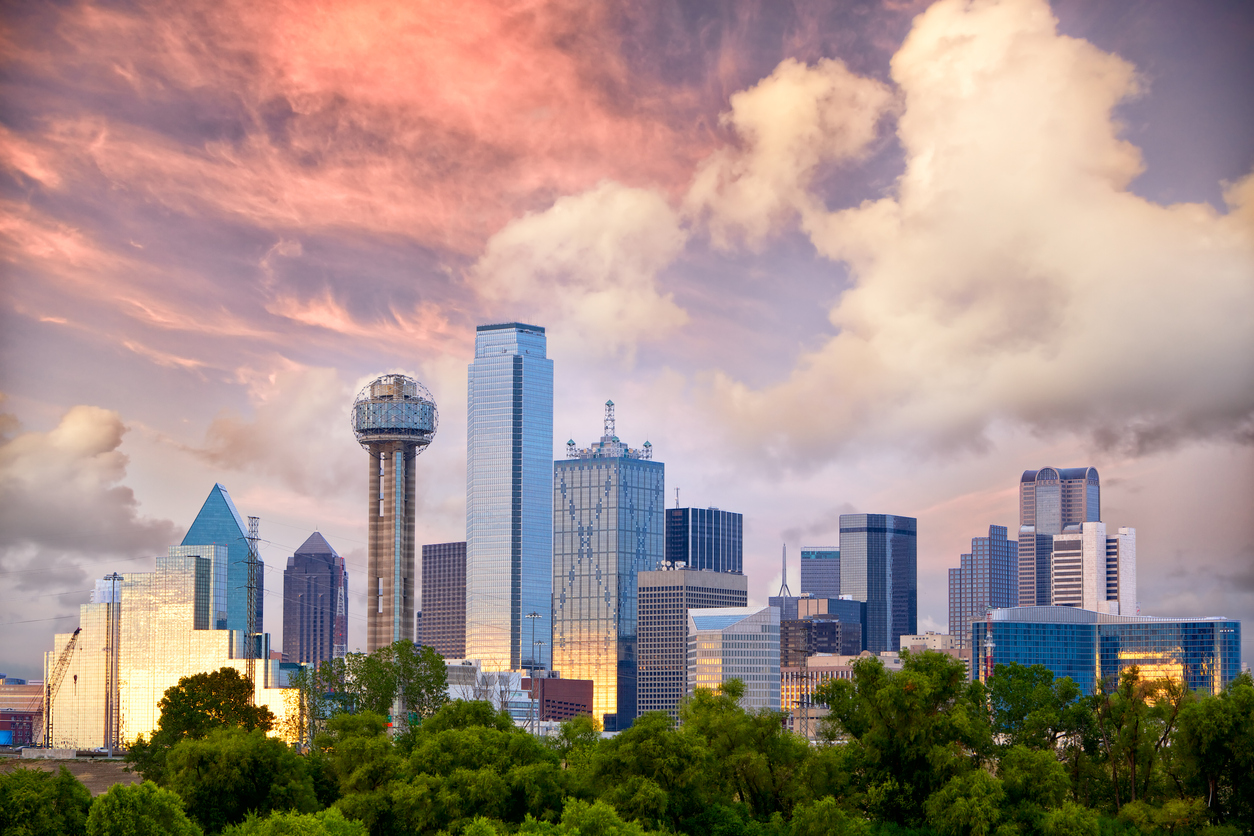 Ever thought of moving to Dallas? Whether you have plans to do so or you’re thinking about, it’s good to know beforehand if the city fits your lifestyle.

Lucky for you, the first part and second part of this guide will tackle everything you need to know about “Big D”.

Welcome to the great city of Dallas! Home to the Dallas Cowboys and known for being the #1 visiting and leisure spot in Texas.

This city is the 9th largest in the U.S.- home to almost 1.3 million people.

There's something for everyone here. Among its postmodernist architecture lie many sports arenas, museums, and entertainment spots.

Between the State Fair of Texas, Deep Ellum District, and the Highland Park Village Shopping Centre, there's tons of places to explore!

Dallas is a great place to live with its history, culture, vibrancy, and opportunities.

1. Cost of Living in Dallas

Although expenses are usually cheaper in Texas, the cost of living in Dallas remains high.

Cities are naturally more expensive. With that being said, Dallas' overall cost of living comes at a whopping 7.7% higher than the Texas average.

Let's dive deeper into the average income and cost of items in Dallas.

So, this is the question we all want answered. What's the average income in Dallas when comparing it to the rest of the US? Well, the good news is that it doesn't veer too far from the American average.

The United States Census Bureau found that the median income in 2019 was $52,580 per household.

The median annual income across the US was $62,843. Despite this, Dallas still presented a 5.98% yearly wage growth.

In case you only support yourself on your salary, the average income per individual was $34,479.

Average Cost of Items in Dallas

Although the average income in Dallas is lower than the American average, that may not be a huge deal.

If you're considering a move to Dallas, you need to compare your salary to your expenses. The city has a cost of living that is 2% above the national average.

On the bright side, even though living in Dallas is a bit more costly, it's nowhere near as expensive as New York.

Let's go over the average cost of some items in Dallas with this chart down below.

The rent in Dallas is a little higher than that of the national average. Despite this, the city's rent is still pretty affordable when compared to other U.S. metro areas.

Nonetheless, the rent throughout the city will fluctuate depending on time, unit size, and neighborhood.

Rent prices have been growing over the years, usually increasing by 1-3% every year.

If you’re looking for apartments in Dallas, Lighthouse will help find you one while letting you save. Our cash back program also lets you earn some of the money you’ll lose to the higher cost of living. It’s a win-win!

3. Best Neighborhoods in Dallas to Rent

Locals can all confirm that the city is brimming with opportunity and life. Every Dallas neighborhood has something different to offer!

Which location would best suit your lifestyle? Find out down below as we go over some of the best neighborhoods in Dallas.

Most Affordable in the City: Cedar Crest

Cedar Crest is a vast neighborhood that offers diverse music and dining spots. It's located south of Downtown Dallas.

The rent in this area is quite affordable, averaging around $850 for a 1-bedroom apartment. This area is a great option for those who want to save but don't want to live outside the city.

Located in the suburbs of Dallas, Lake Highlands is a great area for families and couples. It offers easy access to Downtown Dallas and strong schools.

Renting comes at an affordable price, averaging at $880 for a 1 bedroom apartment. This is the perfect place for those looking to settle down.

Lakewood is the perfect mix of urban and suburban living. It's located east of Downtown Dallas and near White Rock Lake. There are a lot of coffee shops, restaurants, and shops around.

The neighborhood also offers tons of opportunities to do outdoor activities. You can take up jogging, kayaking, paddleboarding, cycling, rowing, or sailing.

There are also many neighborhood parks, perfect for those who have kids or pets.

That's why University Park is where most 18 to 24-year-olds reside. Many schools surround this area, catering well to many students.

It provides an engaging and effective learning community for school-goers. It also has low crime rates, restaurants, bars, and tons of student housing.

Uptown is just north of Downtown Dallas. It's the perfect neighborhood for those who thrive in an urban environment.

You can find many young professionals living in this area. All the restaurants, bars, and shops liven up the atmosphere, creating a sociable environment.

Deep Ellum is the center of the Dallas music scene. It lies east of Downtown Dallas. Most of the city’s live music bars, theatres, and comedy houses are found in this area.

Its bustling nightlife comes from its many bars, clubs, and festivals. If you enjoy socializing, a rich cultural environment, or grabbing a drink, this area is for you!

South of Downtown Dallas, the Bishop Arts District has lots to offer. It's buzzing with entertainment, art, dining spots, and nightlife.

This area is great for the social butterflies who like a vivid cultural scene. Catch a show or musical production at the Bishop Arts Theatre Center or Kessler Theatre.

If you're more of a film junkie, the city also has the Texas Theatre that shows classic and indie movies.

You can find tons of job opportunities in Dallas in a variety of different fields. This area has been steadily growing, so as a result, its employment rate has been increasing every year too.

The Census Bureau recorded in 2019 that yearly employment grew at a rate of 5.97%. The best part is that Dallas employed almost 700k people that year.

Out of all their jobs, the following job groups were the most popular.

Dallas is also home to quite a few headquarters.

So, regardless of your situation, the city has lots of job opportunities to offer!

Dallas is a melting pot of different religions, cultures, and lifestyles. It exudes southern hospitality and diversity.

Its modern, postmodern, and art deco architecture gives the city a sense of spunk and vitality.

Living in Dallas is the perfect alternative for outdoor lovers who still prefer to live in the city.

The Dallas Park System is extensive and one of the largest across the US. It includes 397 parks that spread across 20,118 acres.

To break it down, the green spaces in Dallas include:

If parks aren't your thing, you can also visit the Dallas Arboretum and Botanical Garden. Check out White Rock Lake if you're looking for a scenic and open destination. Dallas also has 21 preserves on the outskirts of town as conservation efforts.

If you're not a fan of the snow, you'll enjoy the Dallas climate.

The city does have four distinct seasons, but residents experience it in a more subdued way.

For example, the winters rarely get heavy snow, unlike the northern states. The average snowfall is only 0.1 inches in Texas.

The average high is around 96F in August and drops to an average low of 57F in January.

You may not have beach weather all year round, but at least the weather is mild!

The transportation system in Dallas is known to be lacking in some areas. Despite this, you’ll be happy to know that Dallas has the fastest-growing mass transit system in the U.S.

The transportation network in Dallas can be divided into the following systems.

TEXRail is a commuter train rail service. It connects the DFW International Airport to downtown Fort Worth.

The Denton County Transportation Authority offers this A-train commuter rail service. This railway functions under the partnership of DART, DCTA, and TRE. The train runs between Trinity Mills station and Downtown Denton. At Trinity Mills, you’re able to transfer to the DART’s Green Line.

Also known as the M-Line Trolley, this is a unique transit system. It operates using heritage trolley streetcars. The main segment of the line runs on McKinney Avenue in Uptown.

This is a fairly new streetcar! It runs from Union Station in Downtown Dallas to the Methodist Dallas Medical Center in Oak Cliff. Its line expanded in 2016 to now run to 6th Street and the Bishop Arts District.

The Trinity Railway Express (TRE) operates under the partnership of the FWTA and DART. It’s a commuter rail service that travels from Downtown Dallas to Downtown Fort Worth via DFW.

The Texas Eagle is an American passenger train. It travels between central and western U.S. This intercity rail service runs daily between Texas and Illinois.

The DFW Airport is the primary international airport servicing the Dallas-Fort Worth area. You can catch a ride to the airport using the DART, TEXRail, or Trinity Railway Express. DFW has quickly become one of the busiest airports in the world. Its flight routes go to 273 destinations in 44 different countries.

Located northwest of downtown Dallas, this is a city-owned public airport. Only domestic routes are offered, most being flown by Southwest Airlines.

Dallas has many major interstate highways and freeways that run through the city. Their freeway system is set up in a spoke-hub system. This means that all freeways meet in the center of Downtown Dallas. The I-30 runs in the south, the I-35E on the west, I-45 in the east, and Spur 366 in the north.

7. Pros & Cons of Living in Dallas

To summarize this guide, let's go over some of the pros and cons of living in Dallas.

A list can help clear things up and tell you what you’re really dealing with.

Here’s a list of the advantages of living in Dallas.

Let’s go over the disadvantages of living in Dallas.

The Lighthouse team spent some time to make a few lists of the top apartments in Dallas. Check them out here!

The best in Dallas

Apartments with floor-to-ceiling windows in Dallas

Apartments with exposed brick in Dallas

Since Dallas is such a big city, you might find yourself overwhelmed when trying to find an apartment. Lighthouse offers a rental cashback program and we help with your search process. If you’re apartment hunting in the Dallas area, you can even earn up to $1,000 in cashback when you sign a new lease. Check it out to find your next rental home!

The Top 12 New Apartments in Dallas

New builds are great... new carpet, new walls, new appliances, nice new modern amenities, and so much more. Find the new building in Dallas that you are looking for!

The Latest Trends in Dallas

The Dallas-Fort Worth area has been booming these past few years. Only more changes are expected to come in 2022! Find out how the DFW rental market will be changing in this upcoming year.