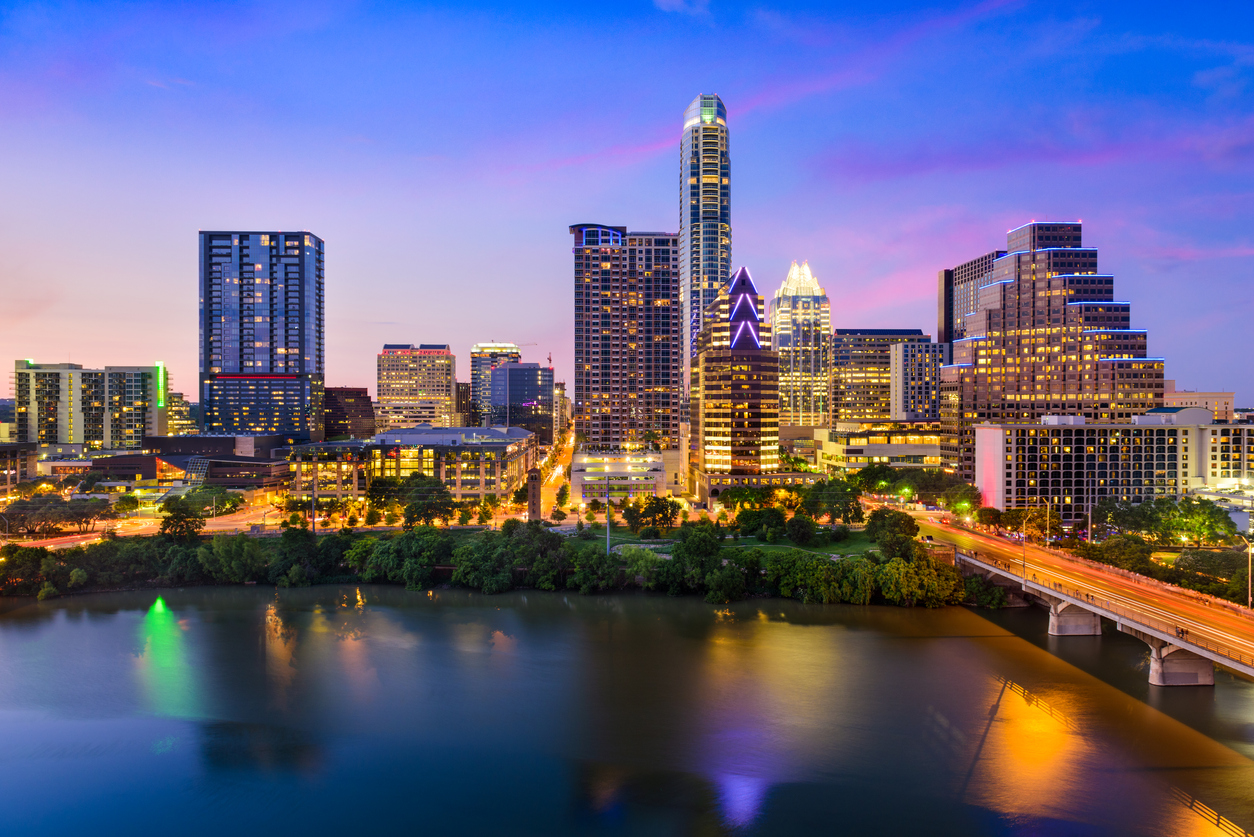 This is the second part of our comprehensive Austin City Guide. In the previous part, we covered cost of living, best living locations, and renting in Austin.

In this part, we'll go over all the rest of the information that there’s to know about the bustling city of Austin.

These are the chapters we'll be discussing.

Austin has been named as having one of the largest job market booms in the US. It even ranked as #2 in the nation's top labor markets, according to the Wall Street Journal.

Austin is also home to many company's headquarters. These include:

Some other top employers in the area include:

There is something in the Austin air. For three years in a row, this Southern city was named the No.1 place to live in the U.S.

It might be because of its rich cultural background. After all, Austin is a cultural hub, especially with its Latino roots. It's completely taken the food scene by storm with its Tex-Mex cuisine.

Then again, it may be because Austin is a tech mecca. Many startups and entrepreneurs make their debut here.

Or maybe it's because it's the epicenter of creativity. You can find tons of museums and a thriving arts scene around.

Whatever it is, Austin plays to people of all kinds of different lifestyles and cultures.

Let's see what else Austin's culture has to offer.

Austin has a lot of great activities to do. Between its entertainment, music, dining, or outdoor spots, you'll find something you like.

We've made a list of hidden gems and attractions in Austin that we thought were special. Take a look and let us know what you think!

Many people ask why Austin is so green (especially when considering how urban it is). Well, the city of Austin is quite literally circled by ecological regions. No matter which direction you head in- boom- you're faced with nature.

There's also a large number of nature preserves and parks in the city center. We mean more than 20,000 acres of parkland 'large'. There, you can hike, bike, picnic, play sports, or jog.

You can also find dozens of trails throughout the city. The Barton Creek Greenbelt and McKinney Falls State Park are only two of the more popular natural areas for hiking.

Some of the other best parks in Austin include:

Like other Texan cities, Austin gets mellow winters but sweltering hot summers.

The climate in Austin does vary throughout the year. They experience about 4 months of the hot season and 3 months of cooler months.

In spite of that, their cool months are nothing to worry about. The lowest it gets is 43F in January. On the other hand, July and August get some blistering hot days. Temperatures get as high as 95F.

Austin also has a drier climate. It's perfect for those who don't like the humidity (which is pretty much everyone).

The transportation system in Austin makes it easy to get around town. You’ve got some options to pick from- whether it’s the Capital Metro Bus System, the Metrorail, or driving.

Capital Metro is the simplest way to get around the greater Austin area for an affordable price. A single-ride fare is $1.25, while a weekly pass is the low price of $11.25.

Its bus services include: MetroBus, MetroExpress, MetroRapid, and the UT shuttle system. It services Austin, Travis County, and parts of Williamson County with 2,300 bus stops.

The best part is that you can buy tickets online or through their app, CapMetro. The app makes public transportation way more convenient and gives current travel information.

Austin’s MetroRail is a 9-station subway line that spans over a 32-mile route. It travels from Downtown Austin to Leander (a suburb located northwest of Austin).

This service is still fairly new (began operations in 2010), so Capital Metro is still trying to develop it. As of 2020, they expanded the Downtown Austin station.

Another way to commute through Austin is by MetroBike. This electric bike-sharing system offers bicycle rentals at Capital Metro’s transit centers.

You can pay as you ride, buy a membership or purchase hour-long trips.

Austin-Bergstrom is the major international airport that services the Greater Austin metro area. It’s located only 5 miles away from Downtown Austin, in the southeast direction.

It's not the biggest airport in Texas but still goes to 76 destinations in either Europe or North America.

The only interstate that runs through Austin is the I-35. Interestingly enough, this same interstate has been named as one of the worst freeways in the U.S.

The bumper-to-bumper congestion means Austinites never experience a moment of peace on it.

Other major highways that run through Austin are US 183 (east of Downtown Austin) and SH 1 (west of downtown). In the southern part of downtown lies state highways SH 71 and SH 290.

If you decide to live in the suburbs of Austin, you might want to consider getting a car. Downtown has public transportation, but the outskirts of town can be hard to reach if you don’t drive.

Additionally, the city can be quite spread out in some areas. Having a car makes commuting from the suburbs into the city possible. Gas prices also tend to be on the cheaper side in Texas, which never hurts!

If you’re considering a move to Austin, it might be helpful to make a list of the advantages and disadvantages. Lucky for you, we did the work, so you didn’t have to!

Keep reading to see if the pros outweigh the cons when living in Austin, Texas.

The pros of living in Austin are:

The cons of living in Austin are:

You’ve reached the end of this extensive City Guide of Austin. We hope you enjoy this awesome city as much as we do.

Let's summarize what we spoke about.

The job market in Austin is booming, so it's perfect if you're headed there for work (their yearly job growth is 7.3%). You can find rich Latino roots in the culture and cuisine (hello Tex-Mex food!). The city also has over 20,000 acres of parkland, great for getting some fresh air or hiking. Their transportation is also great for the typical commuter. You can take the MetroRail, MetroBike, or Capital Metro to get around town.

If you’re looking for some assistance finding a rental home in Austin, check us out. Our rental cashback program also helps you save on rent!