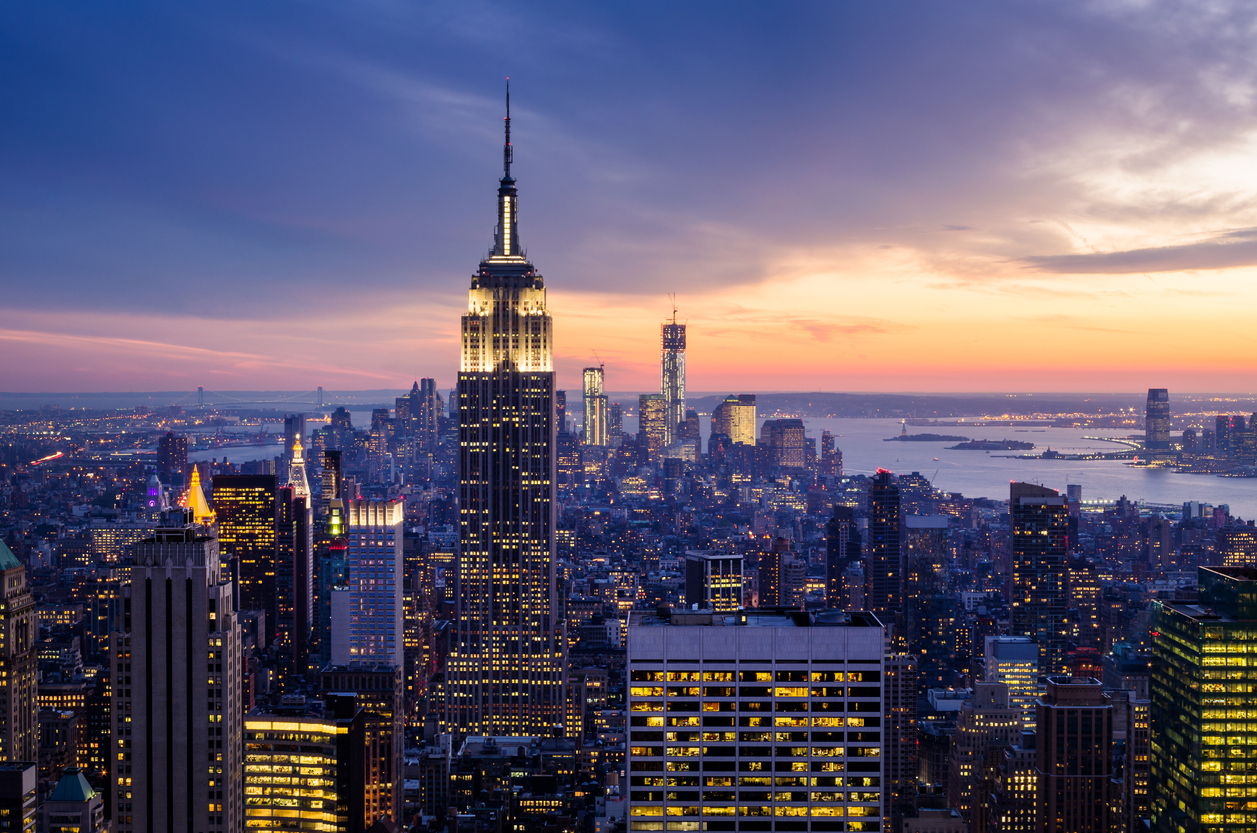 New York City is the city that keeps on giving. There's so much to talk about in this renowned city.

That's why we're welcoming you to Part 2 of this detailed NYC City Guide! In Part 1, we touched upon NYC's living costs, rental market, and notable living areas.

Down below are the talking points we’ll be discussing in this part of the guide.

There are millions of open jobs in NYC's job market, despite seeing a downward trend over the past two years.

This past year, the city saw a 17.9% decrease in New York City Open Jobs. It's a huge dip, we're not going to lie. The good news is that the median pay has gone up 3.7% for the city workers!

Another positive point is that NYC is doing some massive hiring in the following sectors:

We recognize that NYC is a ginormous city. There's always a company that's hiring somewhere around town. Here are some of the top businesses in NYC.

NYC also has a thriving (although competitive) entertainment and finance industry. You'll find opportunities like no other there, especially with Wall Street and its theatres around.

Few places are as multicultural, artistically-differentiated, and commercially driven as the Big Apple. The culture in New York is like no other. It's a melting pot of different lifestyles, traditions, and beliefs.

Many cultural and historical movements have roots in NYC. The origin of Hip Hop and Rap came from the Bronx, while Harlem skyrocketed the popularity in jazz.

Its culture spreads to the food, fashion, and arts scene as well. Cuisine from all over the world can be found in New York. Pizza, coffee, and hot dogs are only some of the most popular food cultures celebrated by locals.

You’ll also discover that many art forms and activities originated from New York. This includes contemporary ballet, breakdancing, abstract expressionism, and the mighty sport of baseball.

Let’s go a little more in depth about what NYC has to offer.

New York has so much more to offer than its mainstream tourist attractions (yes, we're talking about the Empire State Building).

Although the attractions in NYC are endless, many are a little bit too hyped up.

That's why we've formed a list of some of the hidden gems in NYC that are worth checking out!

Everyone knows that in the heart of Manhattan lies the iconic and beloved Central Park.

The percentage of green space in New York City is 27%- a pretty substantial number for the City that Never Sleeps. That translates to more than 1700 parks for people to enjoy.

The 28,000 acres of green spaces have been made into greenways, neighborhood parks, and community areas.

The most notable parks in New York, other than Central Park, are:

NYC is notorious for its cold winter seasons and hot summer months.

The climate in New York is continental. That means you can expect unstable weather as you cycle through the four seasons.

From December to February, get ready to bundle up. The temperature averages around 37F, but wind chill can make some days as cold as 14F.

From June to August, you can expect sweltering heat. A typical summer day is usually 77F, but heatwave temperatures get as high as 100F.

No one does transportation quite like New York City. They have one of the biggest and most complex public transportation systems in the world. From mass transit networks to the famous yellow taxi cabs- you have a plethora of ways to get around town.

Let’s go over New York City transit and all the other methods of transportation available to you.

The MTA New York is many people's go-to choice to get around town. This rail and bus system is relatively cheap (a single ride is $2.75) and runs 24 hours every day.

It also runs through all five of New York's boroughs- great for those who don't have a car and need to travel. Accommodating everyone is also big for the MTA.

Their system is accessible to those who have mobility, visual, or hearing disabilities.

PATH is another rapid transit system that covers 13.8 miles of track mileage. This train connects Manhattan to Newark, Harrison, Jersey City, and Hoboken. The best part is that it also runs all day, every day.

This aerial tramway system transports people from Manhattan to Roosevelt Island. The service takes less than 5 minutes and costs as much as a subway fare.

Riding the bus is your best bet if you're trying to get to a location that is not accessible by subway. New York buses stop at almost every block, with many routes running 24 hours a day.

There's a reason why New York's yellow taxicabs are so iconic. They have become the primary method of transport for many New Yorkers.

Over 13,000 cabs operate within the city, while another 40,000 cabs are available on mobile services.

Boro taxis- distinguished by their bright green color, have also made a name for themselves. They operate in the outer boroughs of New York and North Manhattan.

Amtrak offers this intercity rail service that runs from New York to the west and northeast of the U.S. Amtrak is also a great alternative to domestic travel as it's cheaper and faster than flying.

JFK is currently the busiest international airport in North America. It's located in the borough of Queens and services over 80 airlines. Wanna get out of town to go on a vacation? You have 189 potential destinations to pick from when flying out of JFK.

Newark Liberty is located in Newark, southwest of Manhattan. It is one of the major airports that services New Yorkers. Although it's smaller than JFK, you can still catch many domestic or international flights there.

LaGuardia Airport is a smaller airport that resides in Queens. It mostly accommodates domestic flights but flies to some international destinations.

You can ride the AirTrain JFK- an intermodal subway, to get from Downtown New York to JFK. This service is also free if you're traveling between airport terminals.

For those headed to Newark Liberty, the AirTrain Newark monorail is a great service. It connects the Northeast Corridor subway line to the airport's three terminals.

Driving into New York is one of the least favored methods of transportation. Nonetheless, the city's expressway network is complex and extensive. It includes four major Interstate highways: I-78, I-80, I-87, and I-95.

The NYC DOT also maintains most of New York's large network of parkways. Some of those include FDR Drive, Henry Hudson Parkway, Bronx River Parkway, and Belt Parkway.

Many residents choose to ride their bikes as a quick and effective way to get around town. It's so popular that over 600,000 New Yorkers ride their bikes at least once a week. If you're not traveling far, you can also opt to ride one of the many pedicabs in midtown.

This might be more of a unique method of transportation, but ferry riding is very popular in New York. The Staten Island Ferry is the busiest in the U.S! Ferry services run 24 hours a day, all year long. The ride takes around 25 minutes and departs from Lower Manhattan.

We all know living in NYC comes with its pros and cons.

Let’s take a look at what exactly those are so you’re not met with any surprises!

The pros of living in NYC are:

The cons of living in NYC are:

We're glad you've made it to the end of the last part of our NYC Guide! As you can see, NYC is very robust and has SO much to offer.

Let's quickly recap what we discussed in this NYC City Guide.

The job market is booming in some specific areas, but not so much in its entirety. NYC is also a multicultural mecca with hundreds of dining, entertainment, arts, and nightlife spots. It's also got quite a few green spaces given how urban it is. Central Park, Madison Square Park, and Prospect Park are just a few of the many popular parks. The transportation is probably the best part. NYC's MTA and PATH are the most-developed public transit systems in the US. This city truly is one-of-a-kind. We can see why so many people are enthralled by it!

If you need a partner when searching for NYC rental apartments, come check us out! We also offer a cashback service on your monthly (which is huge in NYC)!